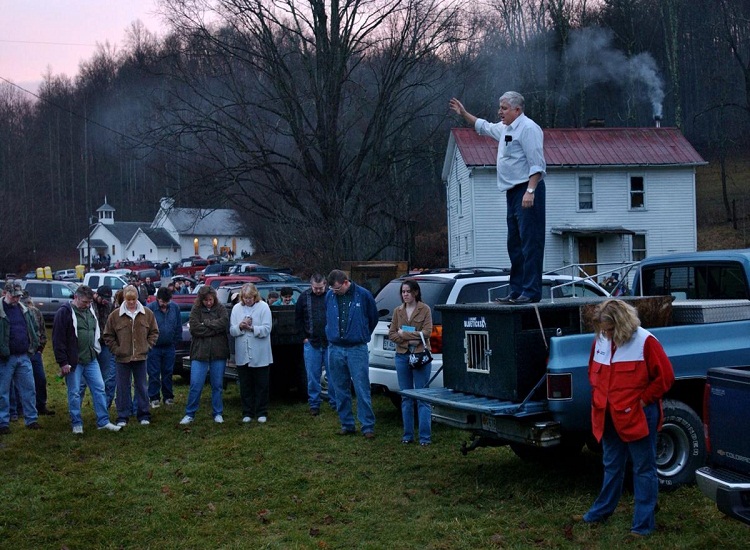 The tragic explosion of the Sago Mine in West Virginia on January 2, 2006, which took twelve lives and permanently disabled another, still begs for a rational explanation over 1 year later. The disaster captured the interest of the American public and fostered outrage on the part of lawmakers and bureaucrats alike, while coal mining operators ran for cover.

For not only did the International Coal Group, Inc., which owns and operates the Sago Mine, become the poster-child for unsafe mining practices, it became the source of questions which had not been publicly exposed for decades, while miners’ lives remained in peril.

And questions linger as to why existing federal and state safety laws were overlooked by government agencies and regulations bypassed by the coal industry. Still, there was a knee-jerk reaction for more federal legislation rushed through the halls of Congress and various state houses where new laws were enacted in those mining states which lost miners in 2006.

The direct cause of the Sago Mine explosion has yet to be confirmed by the state of West Virginia, the federal Mine Safety and Health Administration (MSHA), the United Mine Workers Association (UMWA) and independent commissions with reports supposedly forthcoming. 2006 saw the largest percentage increase in U.S. coal mining deaths in 107 years, the industry’s highest number since 1995, and more than double that of the 22 in 2005. Yet, explanations for such an increase are varied, depending upon which interested party provides them.

This writer wrote an extensive report one year ago regarding background on federal regulation of the mining industry, its lack of government enforcement, the industry’s deregulation over the past several decades and the industry’s accelerated recent growth which are all contributing factors to the decline in mining safety.

And although such may help give a historic context of the dysfunction, it offers no confidence whether or not coal mining is functionally in a better place 1 year after Sago. Heightened awareness of negligence, whether blind or intentional, is the first step to increased improvement, but there are many more required to assure miners and their families that their lives are in less danger and remain a priority.

Preliminary reports by the West Virginia Office of Miners’ Health, Safety and Training (WVMHST), the International Coal Group, Inc., the MSHA and independent commissioned studies such as the Mine Safety Technology and Training Commission cite contributing factors to the loss of life in Sago Mine.

But without substantial scientific evidence, 3 bolts of lightning strikes remain the official cause for igniting methane gas causing the explosion. And such remains mere speculation and without foundation to mining experts and scientists alike. At issue, is how lightning could travel over two miles and 900 feet underground through twists and turns on its way to a closed-off section where the miners were located and cause the eventual explosion.

Additionally, the underground mine seals used for the walls were manufactured with materials unable to withstand the minimally mandated 20 pounds per square inch (psi). However, the sustained blast of Sago was 95 psi. Engineers are now experimenting with new composites able to handle over 95 psi. To date, there exists no credible material to handle such an explosion although the MSHA amended the requirement for mine seals to be 50 psi in 2006.

It was the loss of life at Sago Mine as well as the two subsequent West Virginia coal mining deaths but weeks after Sago on January 19, 2006 in a fire at Aracoma Mine, followed by the disaster at Darby Mine No. 1 in Harlan County, Kentucky which took 5 more lives on May 20, 2006, that resulted in the expedited federal Mine Improvement and New Emergency Response Act of 2006. President George W. Bush signed it into law on June 15, 2006. And just weeks after the Sago Mine explosion, West Virginia Governor Joe Manchin executed new mining laws on January 26, 2006 which followed his order for a special investigation by the state of West Virginia into causes of the Sago disaster.

By February 7, 2006 the WVMHST announced the provisions of its emergency regulations mandated by the legislature. They included providing emergency shelters within 1,000 feet of where miners are digging coal; inspection of air supplies daily and reporting results to the state; installation of caches of emergency air supplies equal to 30 minutes of walking time; wireless communication devices capable of reaching the surface through text, voice and by location.

Similarly, Kentucky passed legislation which became effective July 12, 2006 as it suffered a total loss of 16 miners in 2006. The law includes such changes as requiring mine managers to report a serious injury or fatality to state officials within 15 minutes, requires 2 air packs for each miner and provides for escape drills to be conducted every 90 days. Kentucky also now has the power to fine mine operators for violations and to increase from 2 to 3 the number of underground inspections annually.

Meanwhile, the U.S. Congress swiftly cobbled together its own revised mine safety regulations, the first since 1996, after its hearings on Capitol Hill in January 2006, following the Sago Mine explosion and the Aracoma Mine fire fatalities.

The federal law revisions include providing 2 hours of emergency air supplies per miner, plus caches of air packs with an additional 2 hours of air per miner. Previously, only 1 hour of air per miner was required. Mine operators must report a disaster within 15 minutes whereas previously there was no time limit. Two separate and protected communications systems are required. Previously only one was required. Wireless communication and miner tracking systems are required to be operational within three years of June 15, 2006.

Additionally, two experienced rescue teams must respond to mining accidents within 1 hour as opposed to the previous 2 hours and the development of training of emergency response and evacuation plans have been enacted. The MSHA has also added approximately two dozen more federal mining inspectors and mandates a change in its violation fee structure. Unfortunately, there remain less federal inspectors than the U.S. had in 1997.

The federal government is also now given the authority to request an injunction to shut down those mines which have refused to pay final violations. But the appeals process remains lengthy and during such process mines may remain open indefinitely, regardless of aggravated negligence. And the aggregate fines remain benign or seemingly small for an industry which set historic revenue records in just the first nine months of 2006.

“Dramatic changes in our mine safety laws will only protect our miners if MSHA is displaying real teeth in carrying out and enforcing our new requirements,” this according to Senator Jay Rockefeller (D-WVA) on Capitol Hill with the MSHA in the first week of December 2006. He and Senator Robert Byrd (D-WVA), both predominantly responsible for the amended federal mining law of 2006, met with the MSHA and a bi-partisan committee in order to ensure industry compliance of the new law and to ask the agency if it has enough funding to implement the provisions of the new Mining Act and its safety measures.

As of January 2007, there are no new air packs available. Yet, mine operators believe they have satisfied the new regulation as the law only requires purchase orders, not receipt of air packs, as proof of compliance. Mine operators have been told that air packs are on back-order for 1 more year, although a German manufacturer has 6,500 units readily available. And the Self-Contained Self-Rescuers (SCSR) are the same type of devices used since 1977, when the first major underlying changes in mining safety laws were enacted.

But strengthening seals, improving breathing technology, building refuge chambers and creating communications and tracking technologies have thus far only been appropriated $10 million for the necessary research and engineering evaluations and thus remain to be implemented. And again, a new round of Congressional hearings on mining safety has been called for in 2007, this time by Congressman George Miller (D-CA), the new Chairman of the House Committee on Education and the Workforce.

Idly standing by waiting for the federal government to fund the necessary changes in the law or waiting for mine operators to police themselves in the meantime are both unrealistic and foolish premises. J. Davitt McAteer, former had of the MSHA (1994-2000) and now an expert advisor to West Virginia Governor Manchin, believes that, “Default steps or common sense while the industry waits for technology to be improved have not been taken.” What caused the explosion and what caused the disaster, according to McAteer, are distinct.

The lack of explosion proof seals, defective air packs, lack of communication devices, delay in rescue response and non-existent tracking capabilities were preventative measure which could have been put in place long ago. And Cecil E. Roberts, President of the UMWA, has called upon the MSHA to regulate evacuations during the approach of electrical storms, as long as questions remain as to the exact cause of the Sago Mine explosion.

Sadly, on September 7, 2006, Sago Mine’s operator, ICG, Inc., was again cited by the WVMHST for providing its miners with defective SCSR breathing apparatus. The devices had faulty heating indicators. 6 out of 50 had been exposed to temperatures over 130° F. Disturbingly, said violations only became public knowledge three months after they were served.